So that is what we did and after a very long drive over 2 days - nearly 2000kms- we are now on the Costa del Sol in Spain. And it has certainly lived up to its name. Our first week here has been blessed with sunshine every day. Not necessarily hot but with clear blue skies it does make you feel warmer. We are staying in a relatively new 2 bedroom apartment in a beach side complex. This is only one of about a few hundred thousand apartments that clog this part of the coast. I would hate to be here in the height of the season. It would be a seething mass of humanity with no space on the beach or in the carparks. Way over commercialised. 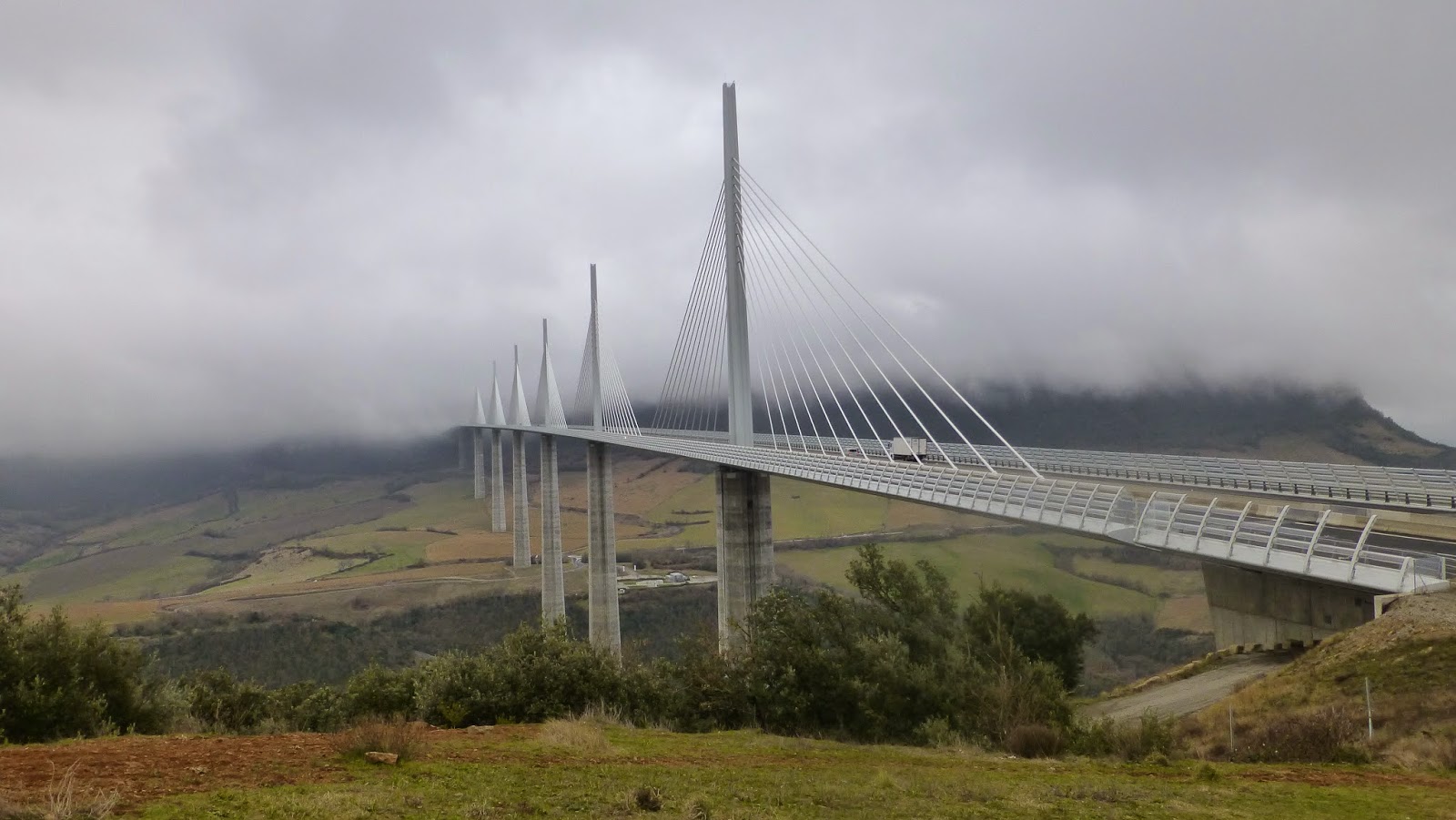 On our headlong hurtle here we did come across a few sights that were worth stopping for. It also gave us an opportunity to stretch our legs. The Millau (pronounced meeow) Aqueduct is a masterpiece of engineering. This bridge across the Tarn Gorges, at a height of over 300m, is about 2.5km long. It was completed in December 2004.  More facts and figures  here. Apparently early in the morning there is often a mist in the valley and the bridge appears to float. Fortunately, when we went across the cloud was only at one end so we could at least see most of the bridge. On one side of the bridge the temperature was 11C - on the other side on the downhill run , the temperature had risen to 18C. We were definitely on the road to warmer weather!
While we had three drivers and could have driven all the way through we decided to stop for the night at Tarragona, south of Barcelona. We arrived late at night and had to leave early the next morning but it is definitely worth a second look. It has a rich Roman history some of which are UNESCO heritage listed.
As we got closer to Marbella, the temperature continued to rise. Even in the mountains, before entering Malaga, at a height of over 1100m the temperature was 20C. We hoped this was an indication of what the next month was to hold.