Reading a book or watching a show on television can mean so much more if you have visited the places mentioned. I recently finished reading a novel by Kate Mosse called Citadel. This work of fiction is based in Carcassonne and tells the story of the French resistance during the second world war. Visits to Carcassonne and the surrounding area a couple of times over the last few years have made this book even more interesting as I was able to visualise the settings and towns that the characters lived in. As well as UNESCO listed Carcassone,  places such as Limoux, Rennes-les-Bains, Rennes-le-Chateau (see an earlier blog), Collioure are all mentioned and so I immediately have an image of how these towns look. This region of Langedoc is surrounded by mountains - the Pyrenees to the south and the Black mountains to the north, also making it a favourite destination for the Tour de France.

The storyline in the book also talks of towns that had seen retribution by the Nazis for harbouring resistance members or organising resistance cells. One of these towns was Oradour-sur-Glane, north of Carcassone near the city of Limoges. After having read about it in a tour guide we decided to see for ourselves. 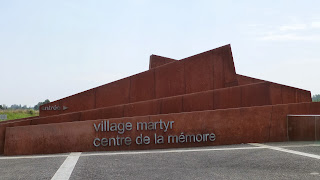 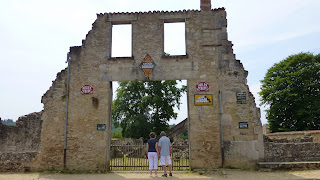 On Saturday, 10th June 1944, soldiers of the Der Führer Regiment of the 2nd Waffen-SS Panzer Division Das Reich attacked the village of Oradour. On that day they shot or burned alive a total of 642 people, including 247 children. They then proceeded to burn the entire village to cover up the massacre. No reason was given for their action to the inhabitants and to this day there is no universally accepted explanation for the massacre. It is, however, believed by some that it was some sort of retribution for either German soldiers being killed or as a warning to other villages about harbouring resistance members, although later sources have denied that there were any resistance fighters living in the village. As a memorial the entire village has been left as it was on that fateful day and surviving residents built a new town a short distance away. On the site there is also a museum giving a detailed history of the war, the atrocities carried out by the Nazis and the collaboration between some French officials and the Germans. 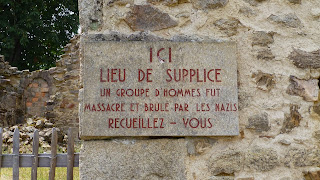 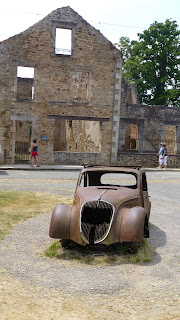 Walking through the desolate streets of Oradour is an eerie experience. Other visitors walk in silence, respecting the solemnity of the memorial, horrified by the atrocities carried out here. There are numerous signs  attached to buildings telling you that this is the spot where a group of men were killed or that charred bodies were later found. The doctor's car still stands in the road where it was burned, a sewing machine belonging to the dentist's wife sits on the ground, its table burnt out. The facade and some fading signs are all that remain of the local garage. 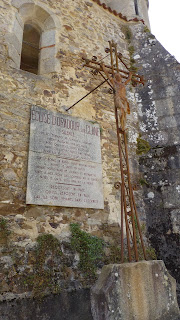 In the church the women and children were rounded up and locked inside. The building was then set alight killing nearly all inside. By setting the village alight they hoped to hide what they had done but some people did escape by hiding under dead bodies and escaping when safe to alert nearby villages of what had happened. Whatever the reason, the memorial is a powerful reminder of the atrocities that occur during wartime.

A television series that we watched eagerly was The Tudors. This mostly tells the story of Henry VIII and his six wives, the politicising and manoeuvring of courtiers to gain favour with Henry VIII and some of Henry's more unreasonable acts, such as the reformation of the catholic church and the destruction of many magnificent monasteries and abbeys. Visits to Hever Castle, Hampton Court  and Greenwich take on new significance after watching this show. Also visits to abbey ruins are viewed in a new light. What just looks like a ruin now takes on new significance. For example the ruins of the abbey at Beaulieu in the New Forest, the first time we saw them in 1988 were just ruins, but on our recent visit the fact that they were destroyed during HenryVIII's dissolution of the monasteries made them much more interesting. Nothing of the actual cathedral/church remains although some of the cloisters and subsidiary buildings such as the refectory still exist and have been converted into a chapel for the local community and also a function centre.