The people we meet

When you travel you have a great opportunity to meet a range of diverse and interesting characters. It's no different when you're travelling by barge on the inland waterways of Europe. Most of the people we have met have been on other boats - big barges, small cruisers, narrowboats. But we all have one thing in common - a love of travelling and seeing different sights from the relative comfort of a mobile home on water.
Boating is a very social occupation. We were expecting this as we had a taste of it when we were initially looking at purchasing a barge. Each prospective seller invited us aboard for drinks and nibbles and one couple even invited us to stay for a few nights to get a feel for the boat. Even in Perth before we journeyed over to take ownership of Kendra Erin, we met up with a group called Canal Capers, who had several social outings and BBQs at Heathcote in Applecross. On our voyage through northern France there have been times when we have had to leave a port because our livers may not be able to handle too many more 5pm drinks! 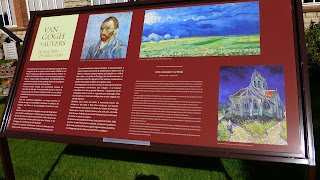 Sometimes though some of the people we have met have been from very random circumstances. There was one time when we were in Auchan supermarket in Cergy (near Paris) when we were approached by a salesperson trying to induce us to buy some sparkling wine. A passing French gentleman suggested that this was not the best type of sparkling wine to buy. As we stopped to speak to him to agree that real champagne was a much better option, his wife came up to join in the conversation. It turns out she is English and has been married to Bernard, a French GP, for 30 years. We chatted for a while and at the end we invited them to come and see out boat and have a champagne tasting. It took some time to coordinate but we eventually had them on board. They were surprised at the spaciousness and comfort of the boat (they were used to smaller pleasure boats and hadn't realised that it was possible to live so comfortably aboard a boat). As they were leaving they invited us to their place for dinner in the lovely town of Auvers sur Oise (where Van Gogh spent his last days).
To be invited to a locals place for dinner was a treat and what we were served was even more enjoyable. Bernard was a keen hunter and he managed to organise a venison fondue. The meat was cut to a surgeon's precision with not one scrap of fat or sinew to be seen. It was extremely tender too. Their house was charming as well and steeped in family history. And to make it even more hospitable, we no longer had a car so they drove to our boat to pick us up and then drove us back after dinner.
On another occasion, in Merelbeke on the outskirts of Gent, Kevin had been chatting to a passing cyclist about the barge and boating in general. Later that evening there was a knock on the door and this gentleman was there with an invitation to go to his house the next day to have dinner with him and his wife. This was so random but he seemed such a genuine person that we accepted with pleasure.  When we arrived at their place, about a 20 minute walk from the boat, we were delighted by the elegant Arts and Crafts style house. We initially had a drink sitting in the conservatory overlooking a charming garden. Paul and Hilde couldn't be more hospitable and we had a most enjoyable three course dinner surrounded by some amazing antiques and artworks, great conversation and a very pleasant evening. We look forward to being able to reciprocate some time in the future.
We are now in Brugge, moored at Coupure for the winter and, from what we have heard from other boat owners who have stayed in Brugge for previous winters we are in for a very social 6 months.