Summer is the time when many towns in France have fetes and festivities. The weather is generally great and many French people are on holidays so it's the perfect time to relax and enjoy the many free experiences on offer in some of these lovely towns and villages. As we made our way slowly from Belgium to our winter destination of Strasbourg we had ample opportunity to attend a number of these.

We started cruising south at the end of June from Liège. We had stayed there for a month due, in part, to the fact that the Meuse was in flood so locks on the river in France were closed and all river traffic was halted. So we were fortunate to be "stuck" in Liège for the "fete de la musique", the musical festival that happens in French speaking areas to celebrate the summer solstice. Normally it's a one night event but in Liège it lasted 4 days. Many outdoor venues throughout Liège and its suburbs hosted free music events, ranging from jazz to brass bands to symphony orchestras to pop concerts. All ages were catered for - even children. 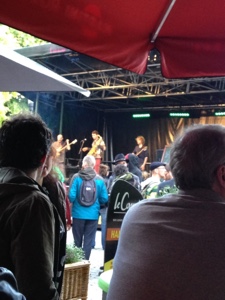 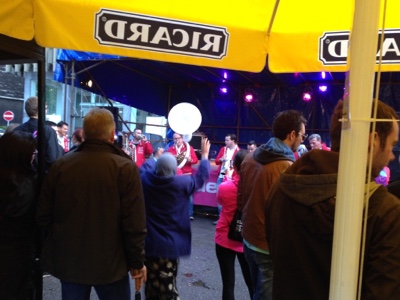 Liège also has the largest and oldest market in Belgium so it was a treat to be able to sample the fresh produce on offer at great prices. It's also a great place to buy flowers. 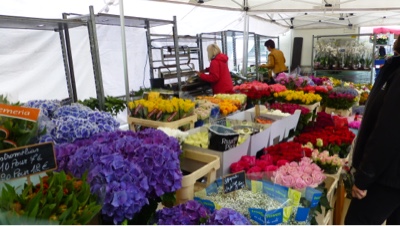 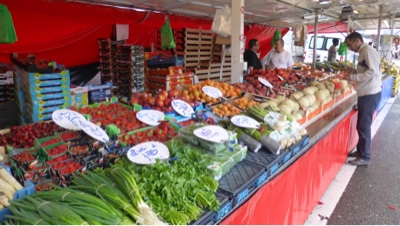 After leaving Liège we headed back to Namur. The marina is a temporary one that springs up at the beginning of May when the floating pontoons are fitted and the floating bar and cafe are also put in place. This bar is a really popular spot with music, casual food, drinks and free wifi. This year because of the Euro Cup soccer they also introduced a floating soccer pitch to entice not just boating people to the marina area. While we didn't stay at this marina, we stayed at its sister, but we definitely took advantage of the facilities here.
The next celebration in France was Bastille Day. By this stage we were in Verdun, moored two deep along the pontoon with a prime position to watch the fireworks display. Even better this mooring is free with free power and water, which explains why most of the time you need to raft so that as many boats as possible can fit. 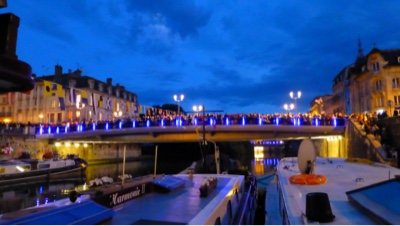 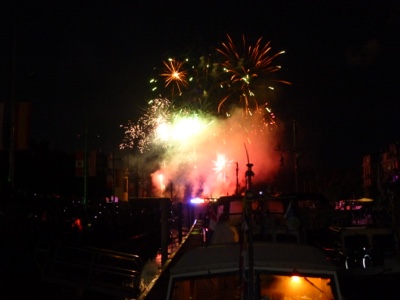 The fireworks display was really impressive when you consider the small population. I thought it was because it was the centenary year of the Battle of Verdun but I was informed that this is normal for Verdun. The music that accompanied the fireworks was very moving and suited the drama of the event.
A few kilometres along the Meuse we came to St Mihiel. Actually mooring here was quite a challenge as we arrived quite late in the day and there were no spaces left but we couldn't go further along the canal as the locks were closed for the evening. So a very kind Belgian boat owner said he would move and arranged for 2 other boats that were already moored to untie and move away from the quay. This enabled us to fit along the jetty and then, because we we longer than 2 of them they came and rafted alongside us. We showed our appreciation by handing out beers to everyone. They then we informed us that St Mihiel had a concert on the next night for "La Nuit Blanche" in the local church. So along we went to an amazing performance by 4 saxophonists who had studied at the Conservatoire de Musique in Nancy - and it was free. However we did make a donation to the church as they were trying to raise funds to restore the old organ, which is classed as an historic monument. 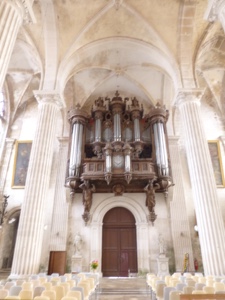 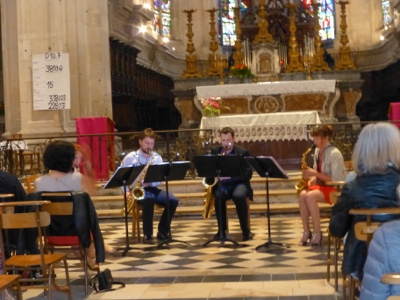 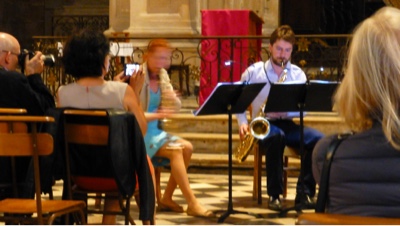 We stayed in Saverne in the Alsace region for two weeks and during that time the port de plaisance organised several free concerts, pétanque competitions and a wheelbarrow race. All good fun and some surprisingly good singers and guitarists in the free concerts. Most of the musicians were about our vintage so the music was more 70s and 80s rock. We had a great two weeks and met up with several other Australians also travelling through the region by boat. 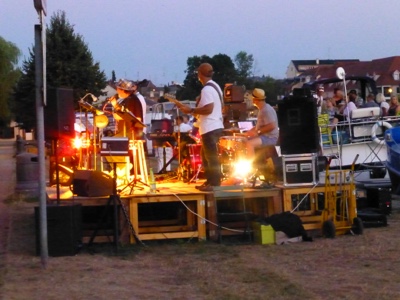 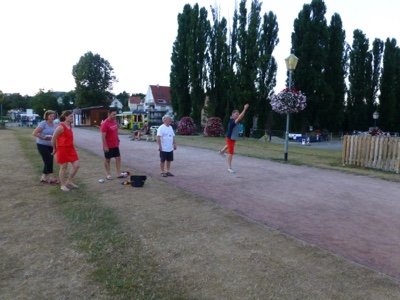 Pétanque with some other Australians from Bunbury and Denmark 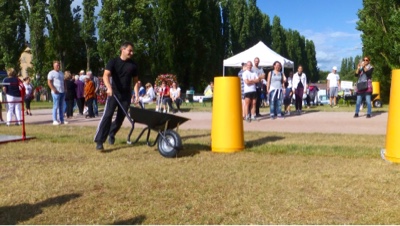 Also while we were in Saverne, they had a beer festival. The local brewery, Licorne, organised it and it was very well run. Entry was free, as was the entertainment. You just paid for what you ate and drank. Children were even catered for with kids food, non alcoholic drinks and kiddy activities like a bouncy castle, bungey trampoline. It is so unusual to see a beer festival that is family friendly with no drunken brawls. I doubt that you would see that in Australia. 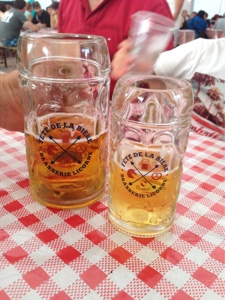 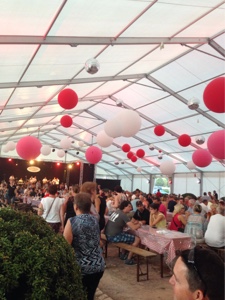 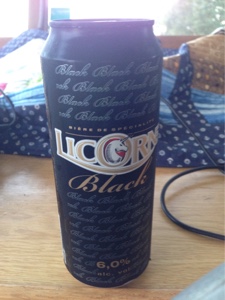 The other thing that a number of towns do during summer is a "son et Lumiere" show, usually on the facade of the cathedral. We had heard about one a couple of years ago in Reims but didn't manage to see it so we were determined to catch at least one of the shows this year. Well we have seen three! The first was in Toul on the cathedral. As Europe has summertime and we were quite a long way north, it doesn't get dark till 10pm so you have to be dedicated to watch these shows. The show in Toul started at 10:30 and ran for 15 minutes but it was worth the late night. A story was told with music and lights showing the history of Toul and the cathedral. 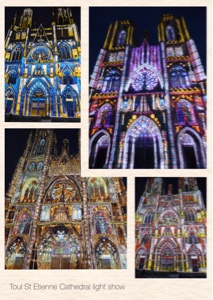 About a week later we were in Nancy and heard that Stanislas square was lit at night with a similar sort of show. Well it was a sound and light show but it was much more spectacular than Toul. And it went for 30 minutes, once again telling the story of Stanislas  and Nancy. It is one of those shows that you could see several times but once again it was a late night, not starting till 10:50pm.

Stanislas Square during the day 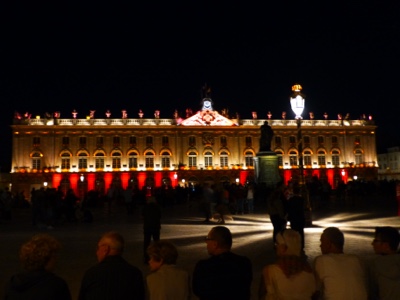 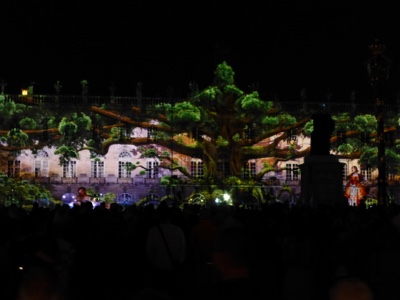 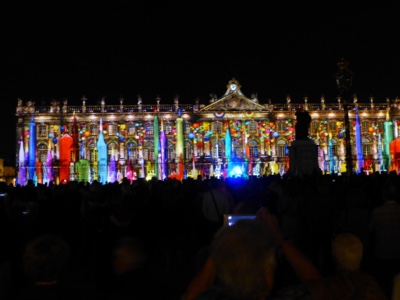 Our last stop for the season is Strasbourg and they also have a light show on their cathedral. Fortunately as it is late in the season darkness falls a lot earlier so the show starts at 9:15pm. If we hadn't seen the show in Nancy we would have been suitably impressed by the lights on Strasbourg cathedral but as the cathedral has quite intricate carvings and is close to other buildings it was difficult for them to project a clear image. So we would have to say the show in Nancy is the best and shouldn't be missed if you get the opportunity to visit Nancy in summer. 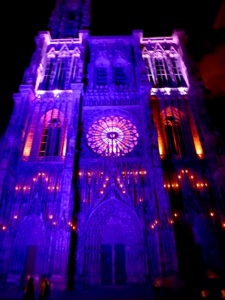 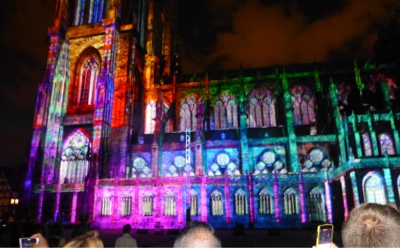