After a rather dismal stay at Salou on the Costa Dorado in Spain, with terrible weather, not so good accommodation and a town that was basically shut down over winter we decided to cut out losses and head off to the, hopefully, warmer and livelier area on the west coast of Spain. As we came out of the mountains and headed down the coastal road to San Sebastián the sun came out and illuminated a beautiful vista of the Atlantic Ocean and sandy beaches. We hoped this was an omen of better things to come. 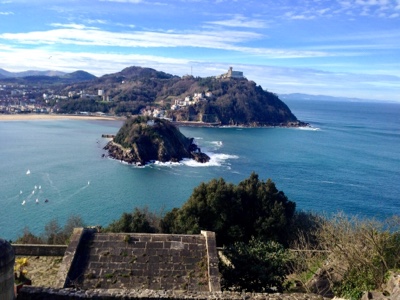 As we drove into the town it became clear that there was definitely more happening here than on the coastal resorts of south eastern Spain. As it was lunch time we decided to park the car and go in search of the renowned pinxtos (tapas) that are associated with San Sebastián. We didn't have far to walk to find tapas as there are so many bars serving all manner of tapas. But which one do you choose? We followed our general rule of thumb to find somewhere that was busy with locals - not tourists. And our first foray into San Sebastián tapas was amazing. Very few patrons spoke English and they were focussed on Nadal playing in the semi final of the Australian Open. When it generally became known that we were Australian we were suddenly everybody's best friend - we had the tapas process explained to us, wine bought for us and people wanting photos taken with us. What great food and a great atmosphere. It was going to be tough to beat this place. 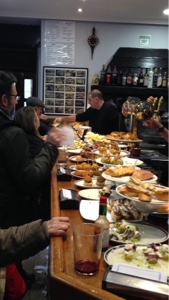 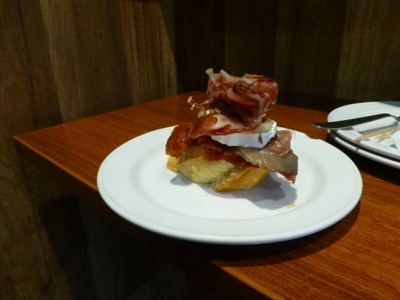 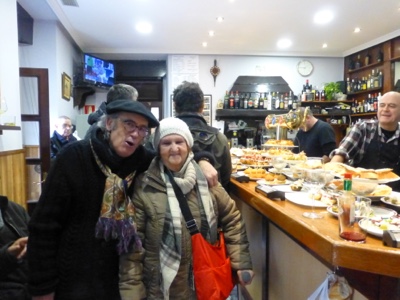 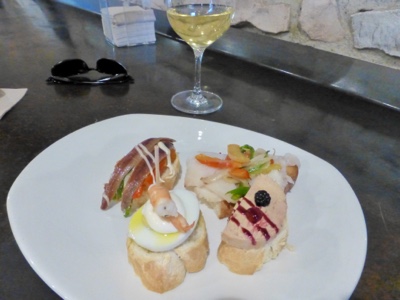 The feel in San Sebastián was great so we opted to stay for 3 nights to explore the town and the area. Loaded with information from the tourist bureau we knew we would easily be able to fill 3 days wandering around San Sebastián or driving a short distance to some of the colourful fishing villages nearby