I have always said that there was no way I would cross the Channel in our boat. It is bad enough on one of the huge ferries let alone in a 21m flat bottomed barge. After much thought and a bit of a nudge from our insurance company (who wouldn't cover us for the crossing unless we had a pilot) we opted to hire a pilot to take us onto the tidal Thames and then across the Channel to Calais - not Dunkerque as we had originally planned. After speaking with him and looking at the weather forecast for the proposed days I decided that I might brave the crossing instead of taking the Eurostar train. Another consideration by the insurance company was that our cover was null and void if we went across with a forecast of winds at force 4 or greater. So with a forecast of light winds and a low swell we set off from Kingston on Thames at lunch time Saturday 26th July (a month earlier than our original plan).
Kingston on Thames is a great town and we thoroughly enjoyed our overnight stay there. It is an ancient market town where Saxon Kings were once crowned. There were markets on both the Friday and Saturday and it was great seeing all the lovely fresh produce at terrific prices. The atmosphere here needs to be experienced, with market stall holders spruiking their wares and trying to outdo other stall holders with their specials. Five avocados for £1 quickly escalated to 7 avocados for £1 and 3 eggplants for £1 went to 5 for £1. As the day progressed and the stall holders wanted to go home a box of vine ripened tomatoes that was £3 a kilo suddenly became £3 for a whole box! 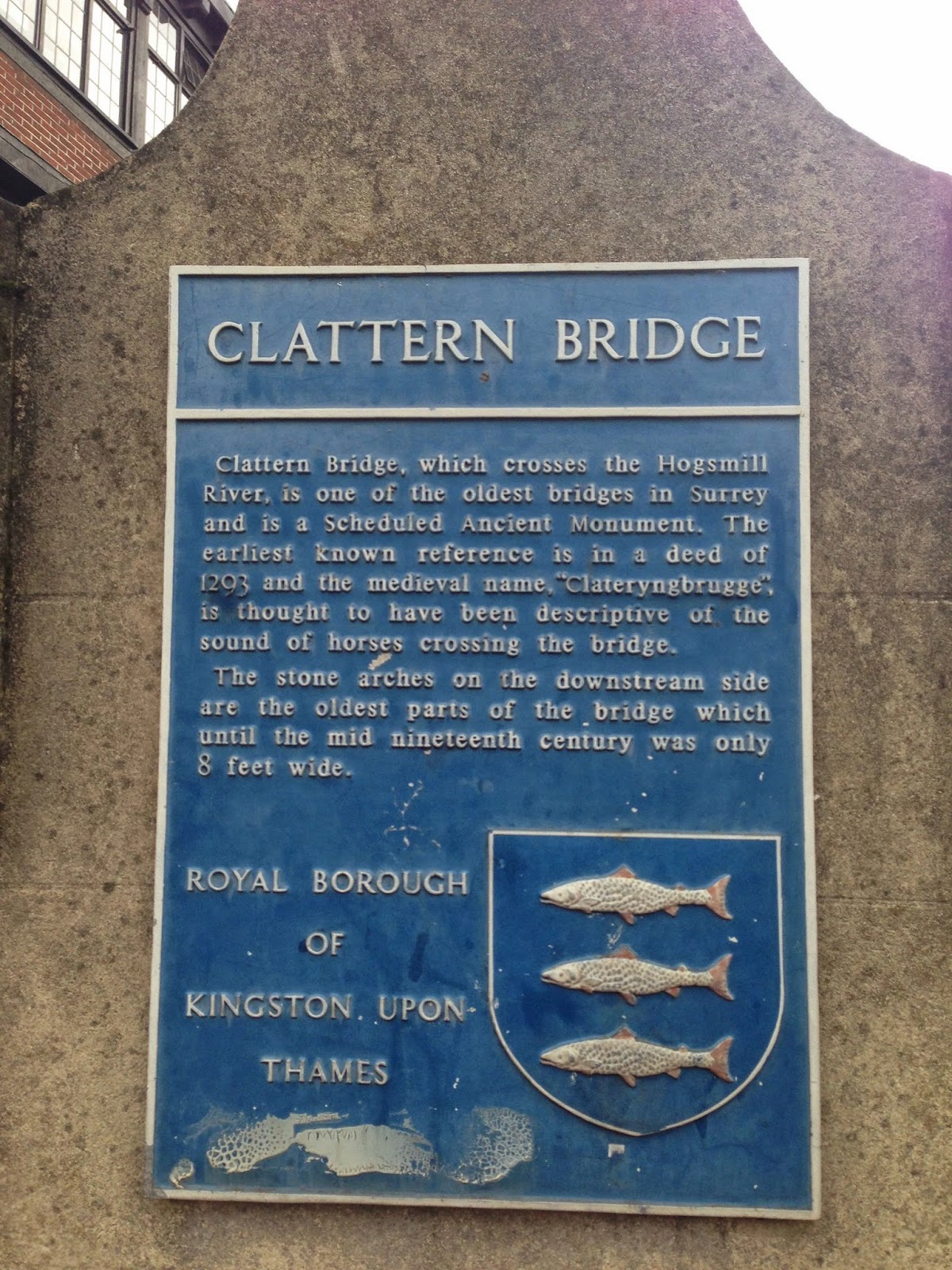 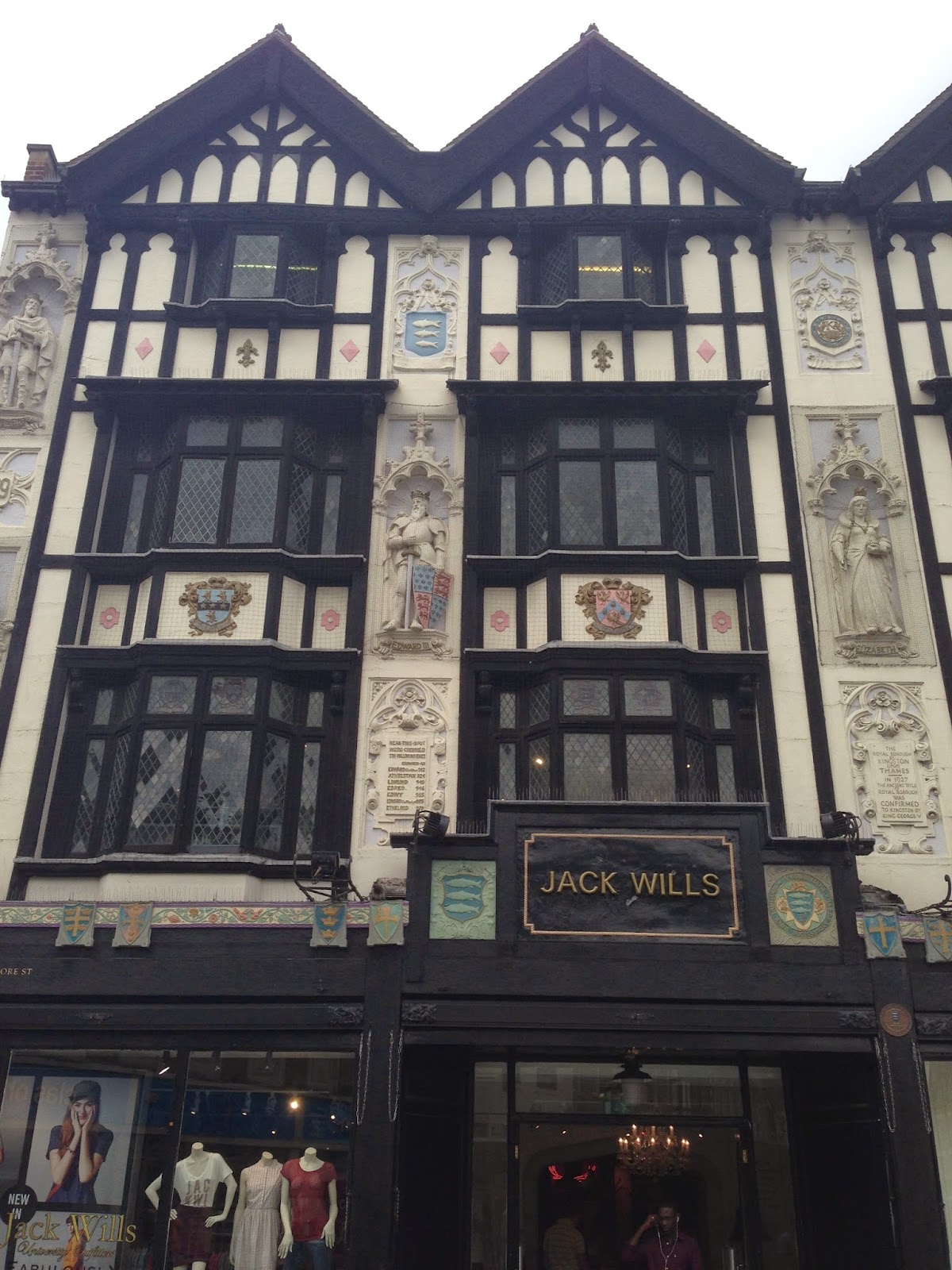 We set off from Kingston at midday on Saturday, with our crew of Kevin, moi, Ryan, cousin Roger and pilot Bill, to meet the last of the incoming tide. Consequently progress was slow but once the tide turned our speed quickly picked up and we were hurtling ( well as much as you can  on our barge!!) down the Thames. Against the tide we were struggling to do 3 knots but with the tide we were hitting 8knots.
All was smooth sailing until we reached Westminster and then the water became pretty choppy. I was nearly ready to abandon ship because if it was this rough on the Thames imagine what it was going to be like on the Channel. However, our pilot assured me that this was rougher than the Channel because all the tourist boats were churning up the water and trying to create excitement for the passengers in the jet boats. Certainly, once we got down to Canary Wharf the river was once again quite calm. 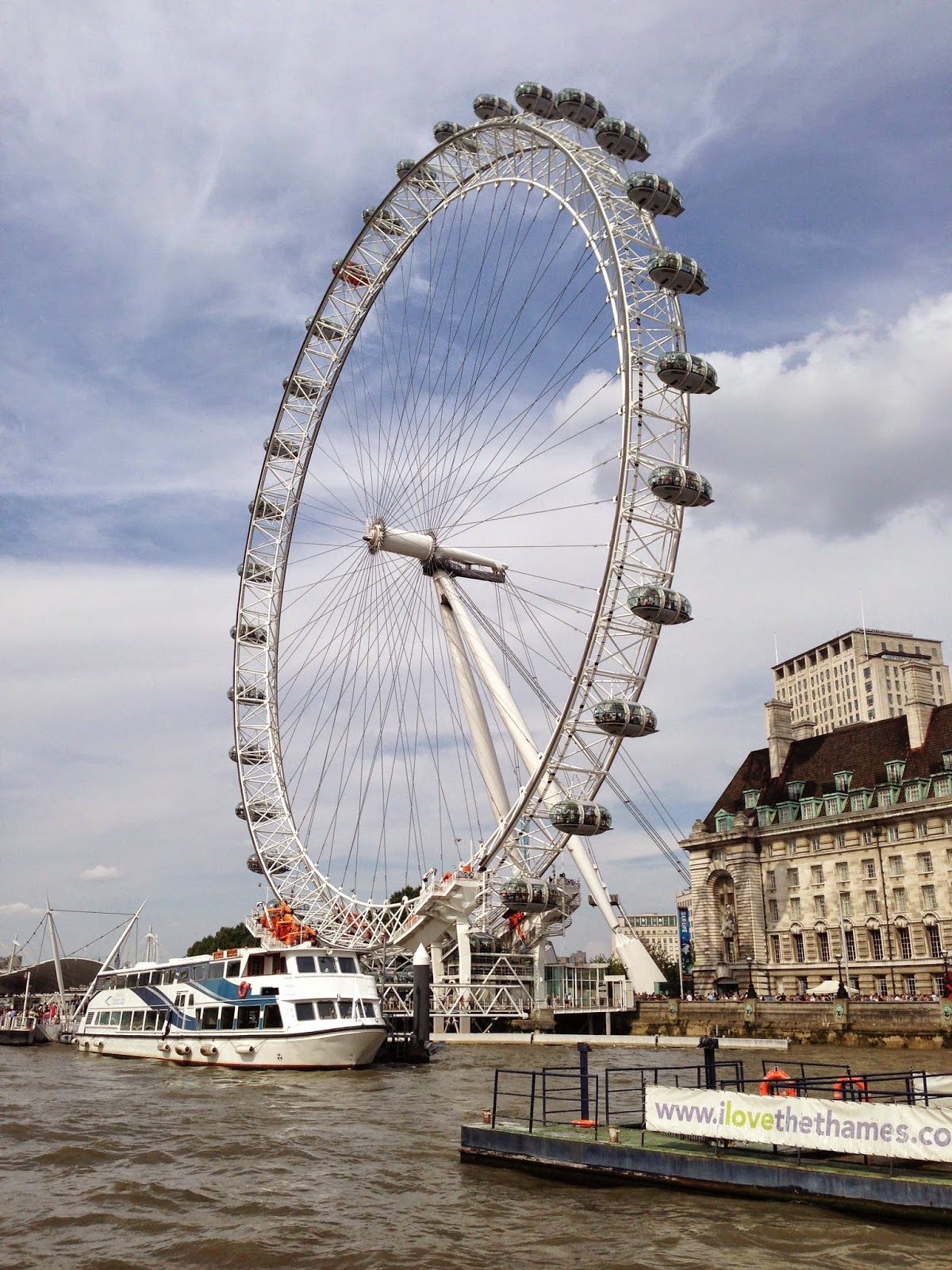 It was interesting seeing the sites along the Thames from the perspective of our boat rather than from ground level. 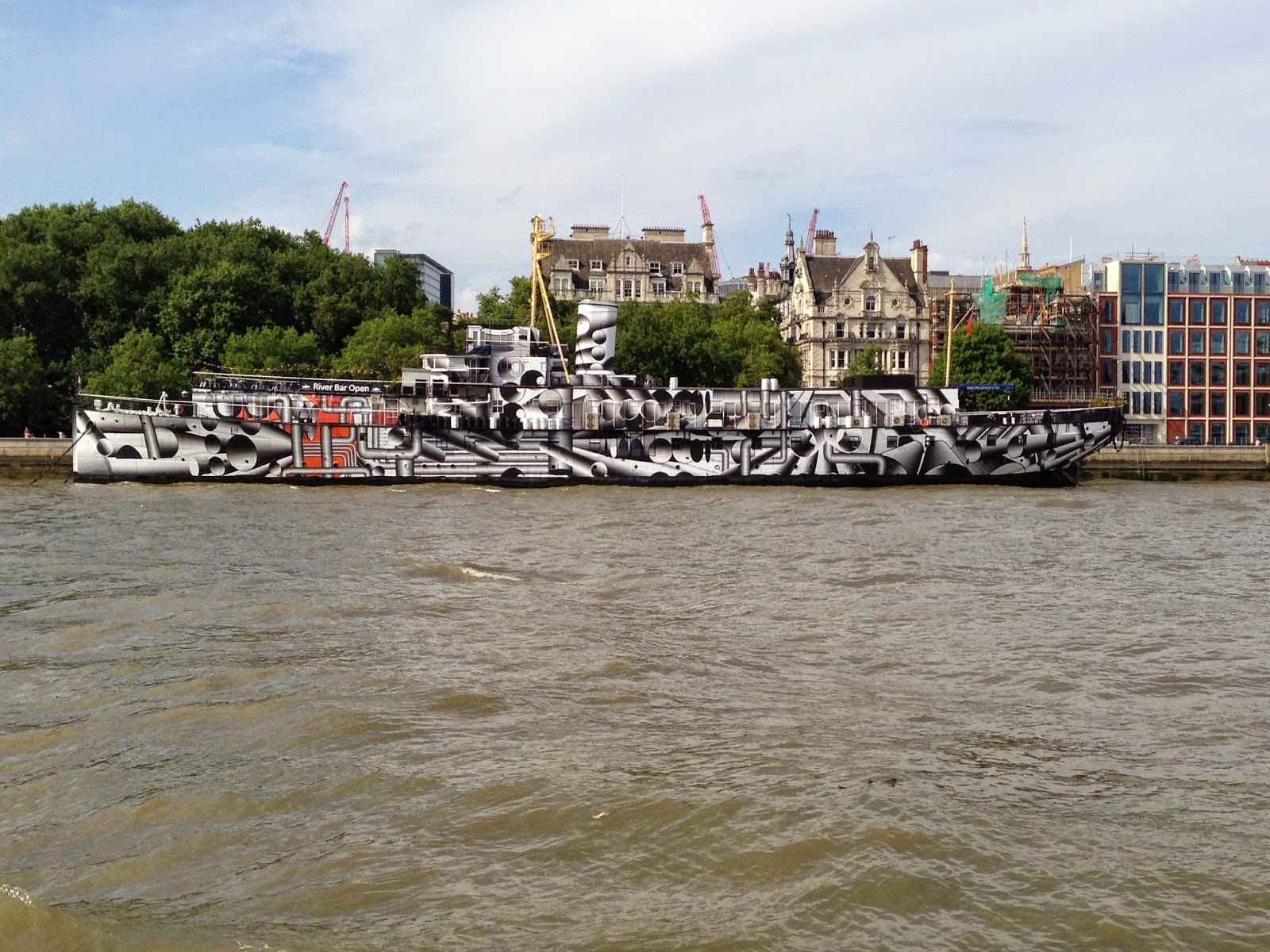 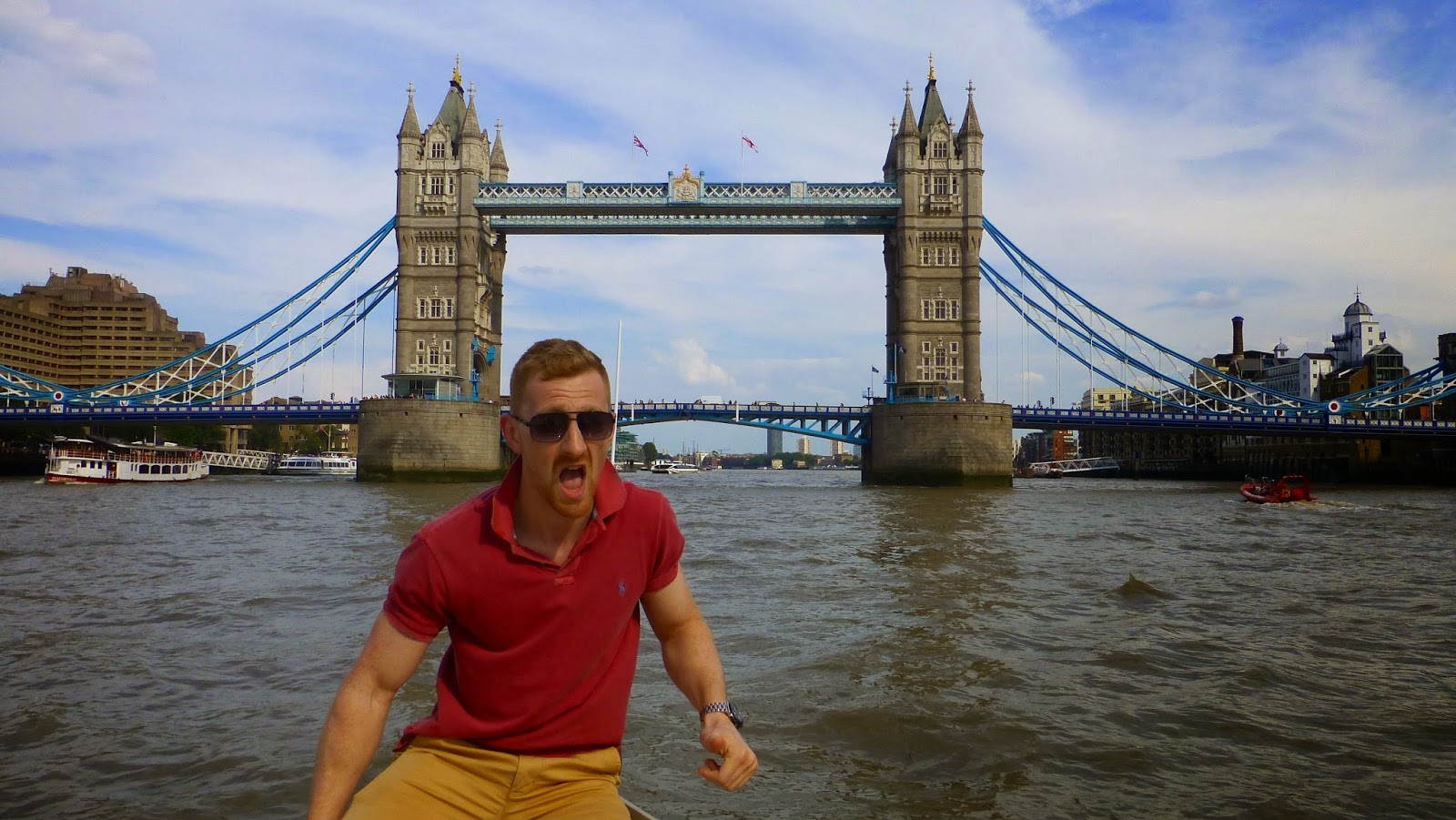 Once we passed the O2 Arena, our next hurdle was the Thames barrier but as the tide was still running out there was no issue. As it was now nearing the end of the tidal run and we had been going for about 6 hours our pilot decided it would be prudent mooring on a Buoy off Gravesend. We had to be pretty secure as the tide would turn twice before we took the challenge of the Channel.
As the sun set on our first day we had dinner and planned the strategy for the coming day - it was going to be a long one with a departure from Gravesend at about 10am and arrival in Calais predicted to be about Midnight.