We have decided to stay at Thames and Kennet Marina in Reading for a nearly a week to get our new deep cycle batteries fully charged and also to collect some things that have been sent to Ryan's (our son) address while we have been travelling around. So once again we hired a car but the only problem with this marina is it is so far from public transport. Fortunately Gary from Leesan was delivering some items to us so we cadged a lift from him to the car rental offices.
We also decided to order some sun loungers for our deck for those lazy days when you just want to sit and sip a glass of wine and read a book. The new zero gravity sun loungers/deck chair caught our eye so we placed our Amazon order and several days later this arrived (but ours are blue)

Also while we had the car we once again decided to check out a couple of National Trust places in the Reading area. The first was The Vyne, a palace built by for King Henry VIII's Lord Chamberlain, Lord Sandys and it is a good example of Tudor architecture. The original palace was huge. It is believed that many of the outbuildings that housed servants, grooms, horses etc were made of wattle and daub and as time went on and it became no longer fashionable or affordable to have such a large number of retainers, this part of the palace fell into disrepair and eventually disappeared. What remains of the palace has been renovated over the centuries and the interior design reflects those periods. There are still some interesting aspects of the tudor period with the stained glass window in the chapel depicting a scene with Katherine of Aragon and carvings in the oak gallery of pomegranates which were apparently Katherine of Aragon's heraldic symbol. Imagine how Anne Boleyn must have felt when she visited with Henry to see such blatant images and reminders of Katherine of Aragon! It is also believed that Elizabeth I visited this house. This is another example of a property where you could spend the whole day as there are extensive gardens, woodlands and wetlands.

While travelling back to the marina we decided to meander our way through the back lanes and came across a sign directing us to Silchester Roman ruins. This was too good an opportunity to miss so we followed the signs, much to the distress of our GPS, to the remains of the Roman city walls. Unlike most Roman towns, it was never re-occupied or built over after its abandonment in the 5th century, so archaeological investigations give an unusually complete picture of its development. There is still an ongoing archaelogical dig here conducted by Reading University. It was a bit disappointing as it was touted as the best preserved Roman town in England - all we managed to see were some quite impressive town walls and I couldn't convince Kevin to walk the extra distance to view the amphitheatre. I had seen remains of a large house north of Cirencester several years ago and what we saw at Silchester wasn't anywhere near as impressive. 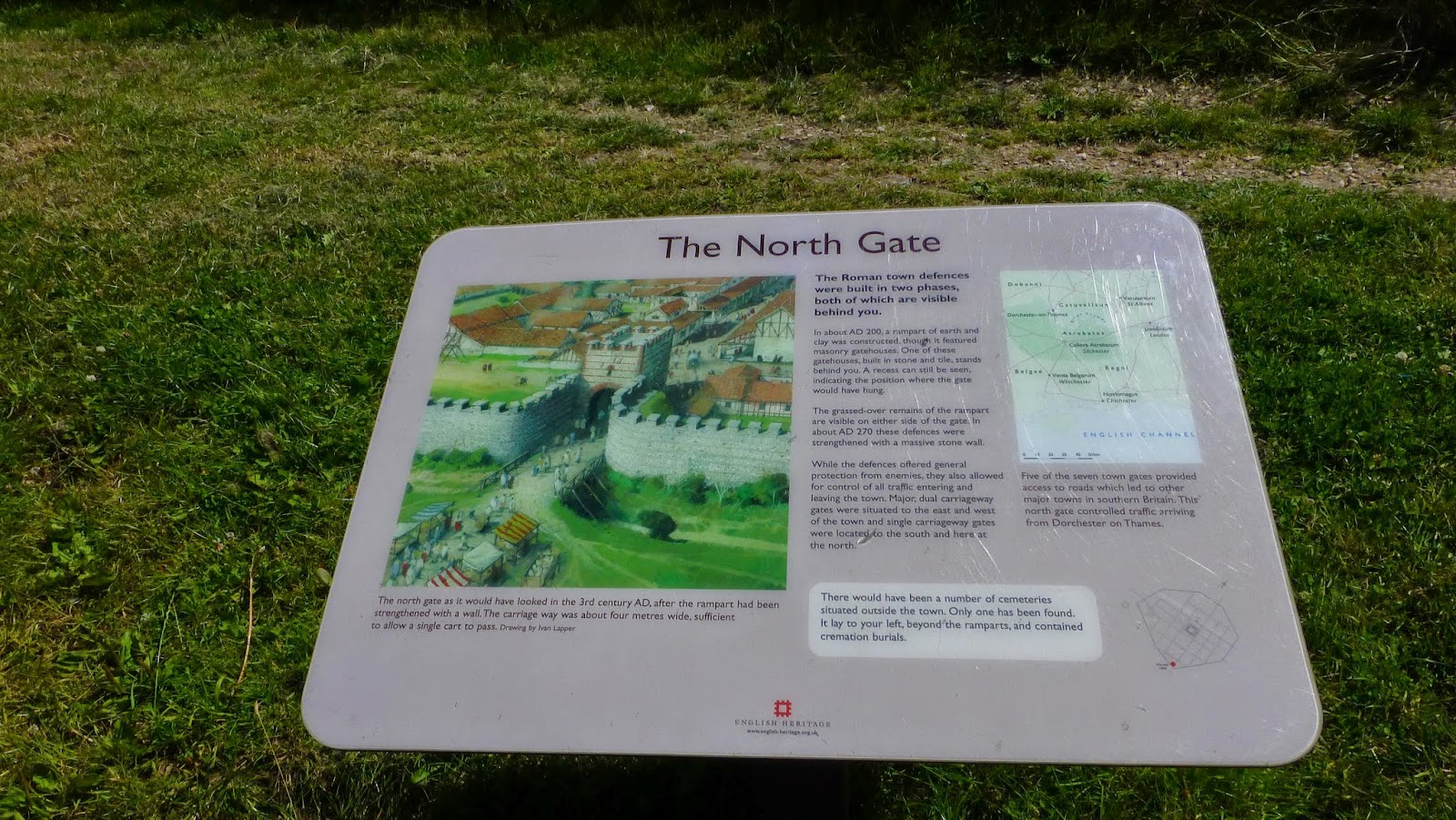 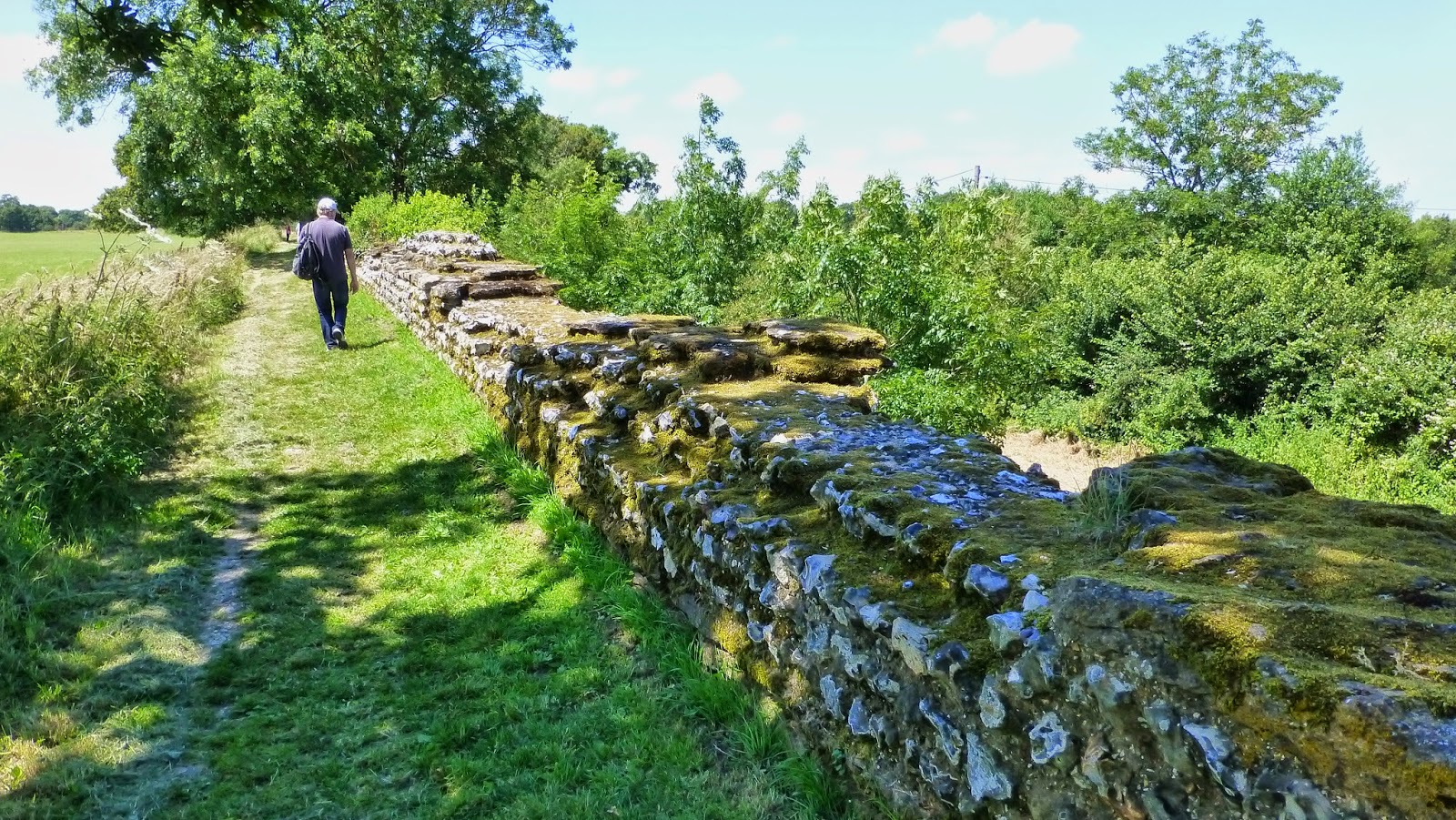 Basildon Park was another National Trust property close to us. In fact we passed close by it while we where on the boat but there wasn't any access from the river. Basildon park is an 18th Century Georgian Mansion that was rescued and renovated by Lord and Lady Iliffe in the 1950s. Lady Iliffe was a bit of a scavenger and managed to salvage appropriate decorations from other houses to use at Basildon to recreate the feel of the Georgian period. The house is surrounded by 400 aces of parkland with amazing views from the house and garden.
Most recently Downton Abbey has been filmed here. It has been used for the internal shots of the Crawley's London home in the 2013 Christmas special and there are plenty of promotional stills showing what rooms were used in what scenes. 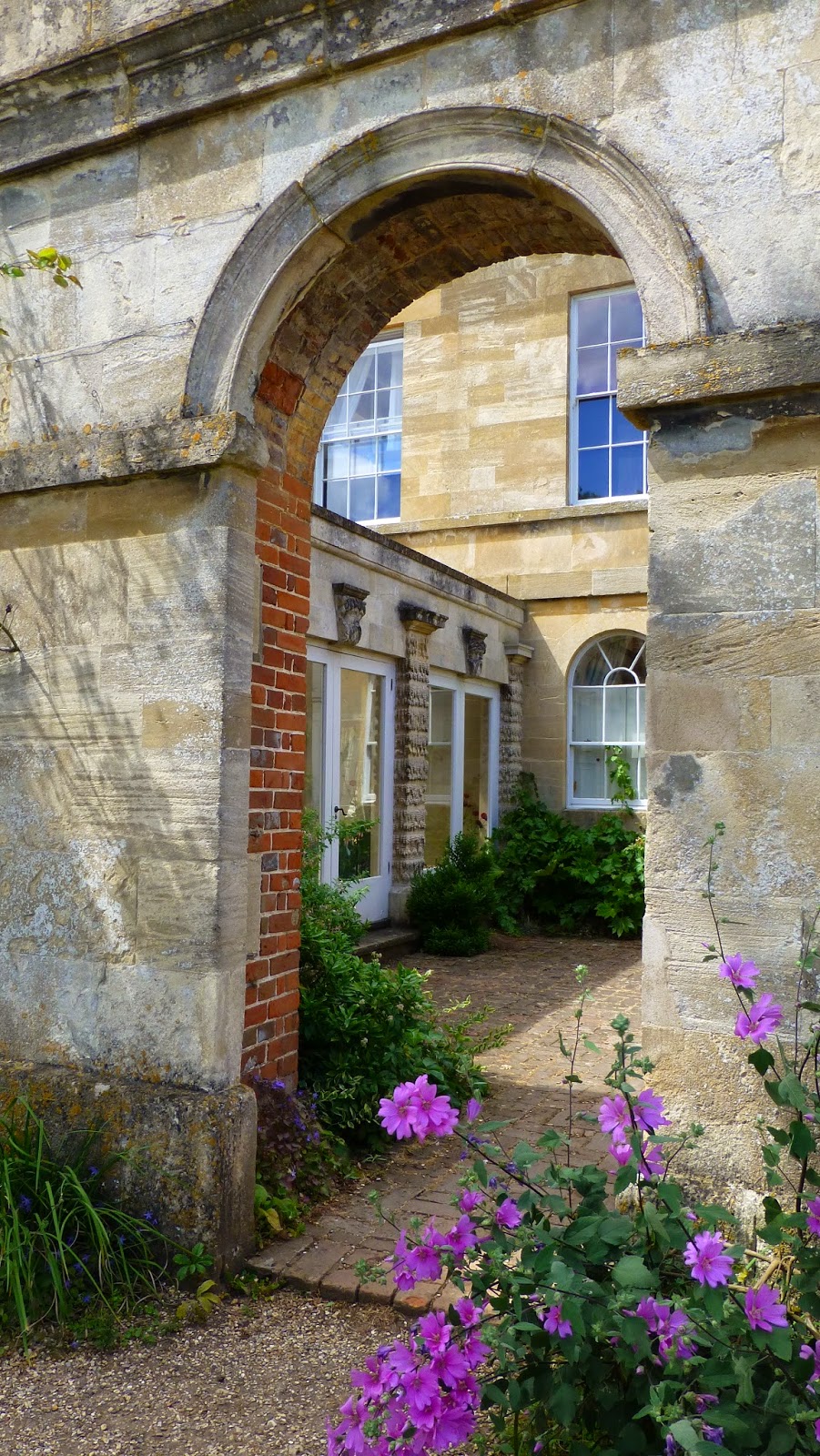