To cruise or not to cruise 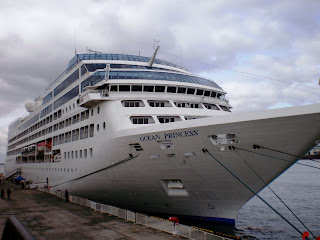 The buzz word in travel at the moment is "cruise". So we decided that we would bite the bullet and look for a cruise that visited a destination that interested us and was within our budget. Japan was a country that we had always wanted to visit so we found a cruise that departed Tokyo and finished in Shanghai and lasted 14 days - not too long if we totally hated it. My main reservation was that I usually get sea sick but everyone reassured me that these ships are big, have stabilisers and you wouldn't even know you were on the water. Definitely a lot calmer than travelling from Fremantle to Rottnest Island. Well they were wrong! On most sea days, unless it was really calm, I felt queasy and on a couple of really rough days I stayed in bed and ended up needing a jab (at $US90) to stop being sick. Anyway, enough of seasickness.
We really need to look at whether cruising is for everyone and the pitfalls that come with cruising with certain companies.
What do you want out of a cruise? Do you want to just sit back, relax and read a few books or do you want to see all that each destination has to offer? Do you want to know that there are travellers on your ship of a similar age? Do you want to know that everything is included so there are no surprises at the end of your holiday? Do you want the personal touches of a small ship or the anonymity but extensive features of a huge ship?
The more sea days that you have the more you will want to use the facilities on the ship so a small ship definitely has its drawbacks - there aren't a lot of extra things to do - you can only play bingo or go to Art auctions so many times. However, a big ship can't get into many of the smaller ports and they have to rely on tenders to get everyone ashore. There are also lots more passengers on the bigger ships. You may meet someone at the start of the cruise and never see them again so you don't develop the relationships that come with other types of package holidays.
Once the ship docks, most people want to get off and look around. Do you want a tour organised by the ship or do you want to do your own thing? Consider that you have already paid for your meals when you purchase your fare - if you have a full day tour you are paying for meals again. You also have to consider that many times the towns that you want to visit aren't sea ports so transport to the various sites may be an issue. We decided that we wanted to do our own thing and travel like the locals so in many of our destinations we travelled on the local trains and undergrounds. While we only had basic words of each language, we found the locals were willing to try and give you directions. The port tour guide on the ship gave lectures on each port about a day before arriving and his hints and tips were invaluable for the independent traveller.
So were we happy with our holiday and would we cruise again?
Well we won't be cruising again in a hurry and if we did it would only be if that was the only way to reach our destination. We felt restricted by the short time we were in each port and that if we wanted to see everything that was on offer we would have to run around like chooks with their heads chopped off. Not a very relaxing way to holiday! The thing that finally tipped cruises out of favour was the fact the we felt totally ripped off.
For the fare we knew that all food was included and some beverages. What we didn't realise is that when in the dining room for lunch and dinner the only beverage included was water and tea/coffee at the end of the meal. Any other drinks including espresso coffee came at a charge. While they weren't over the top with their prices, there were the occasional theme nights when you walked into the dining room and were offered a special drink. Given that these drinks were offered as soon as you walked in we assumed that they were complimentary. It wasn't until the drink was brought to your table that you were told that there was a charge - plus the usual 15% for tips. If you wanted to eat at another dining area (specialty restaurant) there was a surcharge of $US20 per person.
Every time you got off the ship, the ship photographer was there taking photos. By the time you got back on board the photos had been printed and were ready to purchase - at $US20 per print!! Then there were the Art Auctions - touted as being auctions of original art works. It was only after listening carefully to the auctioneer and learning that 10 of this particular painting sold on the last cruise that you realised these original artworks were actually limited edition copies. There probably was the occasional original work but we left before then - the free champagne being offered to entice people to attend wasn't good enough to keep us there.
But the final straw was when we 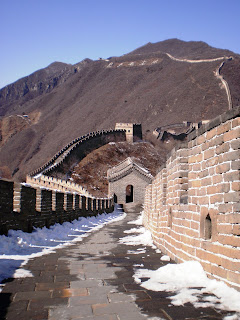 found that some passengers had paid only a third of what we had paid for the cruise. While we expect that there are deals on airfares etc, you don't sit around for two weeks with those passengers discussing details of the prices paid. When you are confined on a small ship for 2 weeks passengers talk and it became really obvious that certain nationalities got much better deals than others - which just made all the other little charges even more unbearable! On top of that we were expected to pay $US10.50 per passenger per day for tips supposedly to cover all staff on board - as well as the 15% on beverages.
So when you look for a cruise, consider all these details and if you are happy to pay these then book. Sometimes the more expensive ones include all tips, charges, and tours. You get what you pay for, I suppose. Traveller beware!!
I do have to say that it wasn't all bad. We did meet up with some really nice people and we definitely know that we want to go back to Japan but we will be hiring a car next time. We don't need to go to Vladivostok again - been there, done that! Seoul was great - people friendly - definitely worth another look. Loved the shopping in Shanghai. Visiting Mt Fuji and the Great Wall were unbeatable experiences. And there is the benefit that you only need to unpack your suitcase once.
Posted by shell007 at 9:31 AM